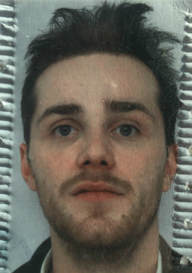 Dennis Buck (Visual Artist)
Joining us from Germany, Dennis plans on laying out various sized and colored textiles during the first five weeks of the residency. He will cover up parts, deciding on forms that will be bleached and forms that will stay. After the sun worked on the materials, he will start cutting them, arranging images relatable to my practice, stitching pieces together and stretching them on frames. Painted by the sun, these works can only be created in the desert. 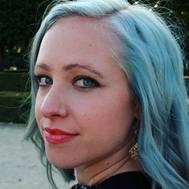 Emily Quinn (Painter/Photographer)
Emily will use the opportunity to create a new series of five small/medium sized paintings and a small photographic series of domestic objects and spaces inspired by the aesthetics, forms, and concepts of Noah Purifoy’s sculptures at the Noah Purifoy Outdoor Desert Art Museum. Like Purifoy, she grew up in Alabama, use found objects in her artistic practice, and believe art can be an effective vehicle for social change. Her feminism and concerns about women's roles in the home compel her to paint the domestic sphere to elucidate certain psychoanalytic assumptions about female character. 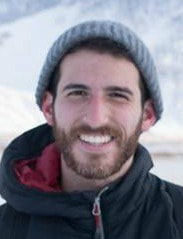 The palm tree is a symbol of Hollywood, California, and even the United States. But the process of growing these American symbols is overlooked. For him, ​seeing so many palm trees all at once was beautiful, but also unsettling. Driving south past the farms alongside the Salton Sea and towards Slab City, he found myself in a wholly dystopian landscape just minutes away from farms that are manufacturing a symbol of paradise.

The type of creative freedom this opportunity offers is rare. His past experiences show that given the freedom to achieve his own vision he can rise to the occasion. This residency would be no exception. 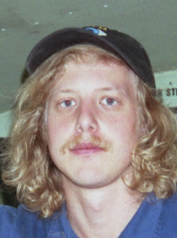 Chris Zickefoose (Sculptor)
The method in which Chris creates works of art is determined by his environment, in that, he utilizes those materials which are made readily available.

During his time at the Joshua Tree Highlands, he hope to explore the ways in which a drastic change in environment will alter the methods and materials used in the creation of new works. He is intrigued by the abundance of life and endurance that persists in the desert. 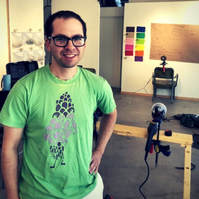 Timothy Gonchoroff  (Mulitmedia Artist)
Tim, who hails from the Appalachian region of Virginia, is a Fulbright Research Fellow at the Tromsø Academy of Contemporary Art in Tromsø, Norway. He received his BA in art history from the College of William & Mary and an MFA in sculpture from the New York State College of Ceramics at Alfred University. He creates interdisciplinary work that examines the scope of our material culture and the effects it has on the natural world. His work uses traditional crafting processes including, but not limited to, natural dyes, carpentry, and textile work as a conduit for investigating and documenting particular elements in environments that straddle the line between being natural and manmade. Tim will be at JTHAR in June and July of 2018.

Sam Greenspan  (Radio and Podcast Producer)
Sam is a radio producer, reporter, and writer from Oakland, CA. He is a proud alum of 99% Invisible, a radio show about architecture and design, where he was most recently managing producer. He also was a producer at NPR where, among other things, he helped launch the TED Radio Hour. During his JTHAR residency, Sam will develop a radio show, called Bellwether, about the world as seen through the lens of what it might become. The show will report true stories from the present into possible near futures, and it is designed fiction for the news. Though Sam has developed the pilot independently, NPR has signed on to help develop the show. Before they launch, Sam and NPR agree that the fictional universe that serves as Bellwether’s frame needs more work. 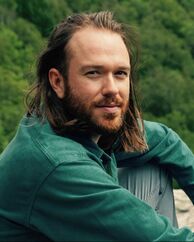 Maxim Loskutoff (Writer)
Maxim is the author of several essays and stories, including the book "COME WEST AND SEE" (Norton, 2018). A graduate of NYU’s MFA program, Maxim was the recipient of a Global Writing Fellowship in Abu Dhabi and the M Literary Fellowship in Bangalore. Other honors include the Nelson Algren Award, a James Merrill Fellowship and an arts grant from The Elizabeth George Foundation. He has worked as a carpenter, field organizer and writing teacher, among many other things. While in Joshua Tree, Maxim will be working on his novel, "Spirits," a parable for gun violence in America and a meditation on the cultural breaking-apart of the American West. Maxim said he hopes to give readers the experience of the West as a place on the edge both culturally and environmentally, at war with its own history, preparing for volcanic change, but still unbearably beautiful, where the awe of the natural world is  overwhelming. 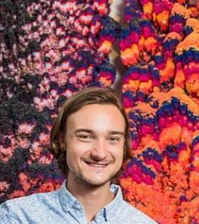 Dylan Gebbia-Richards (Painter)
Dylan is a Colorado based painter that use layers of wax and vivid colors to create multi-dimensional abstract landscapes. As part of his residency Dylan has been creating large scale abstract paintings on canvas, self-forged aluminum castings of the desert floor and various experiments in between and unrelated using found objects and natural resources. 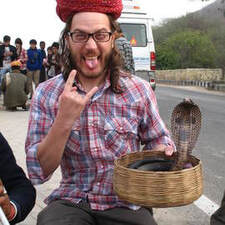 Justin Gibbens  (Illustrator)
Justin Gibbens is trained in both scientific illustration and traditional Chinese painting, a skill set he employs in his subversive zoological drawings. For this residence Justin will illustrate and paint the fauna of this ecologically diverse and profoundly foreign environment. His stylized and embellished beasts speak of evolution, mutation and biodiversity, and perhaps serve as cautionary tales and stand-ins for our anthropocentric selves. Though a native to the Northwest, Justin's aesthetic and ecological wanderlust has taken him to far away, otherworldly and sometimes inhospitable places of Antarctica, the Indian subcontinent, the Galapagos Islands.