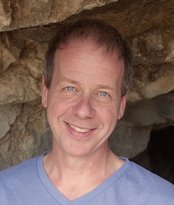 Tom Birkner (Visual Artist)
I’ve always tried to show an epic drama through scenes of the everyday. That drama is the collapse of the Industrial Age and the resulting struggles of working class America. Though it sounds politically charged, it’s not meant to be. Instead, a focus on average people in overlooked places -- steel towns, neglected Main Streets, strip malls and anonymous suburbs -- is really meant as a depiction of one fact of American life. There are other facts out there, of course, but this is the one that seems more important to me than any other. Click here to learn more about Tom. 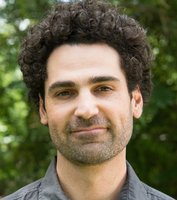 Ryan Parra (Photographer)
I will be forever jealous of the knowledge and value that our ancestors had for their environment's flora. Everywhere, they were surrounded by potential balms, poultices, pain relievers, euphoriants, and entheogens, using these systems as tools for the sustenance of their bodies and edification of their spirits. As pharmacology continues to advance, I believe it is important to have a sophisticated understanding of the plants from where it derived and knowledge of their traditional uses. My current work, "Vivarium," consists of still lifes of edible, medicinal, and psychoactive plants growing in Phoenix, AZ.

The title, "Vivarium," meaning place of life, is an enclosed space with plants or animals for observation or research purposes. For me, this act of concealing fragments of nature reflects our unique relationship with the natural world, and sets the theme of curiosity, containment, and control throughout my work. Click here to learn more about Ryan. 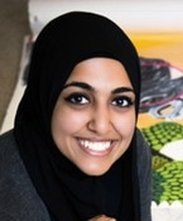 Marium Rana (Visual Artist)
I am a Pakistani American artist, who was born and raised in Long Island, NY. When I was four, I told my mother about a vivid dream and conviction I had of the place my brothers would go to everyday, school. School was not a brick building that held students, aligned desks, and textbooks. School was a literal jungle with animals and overgrown foliage. I dreamt of this place for so long. I remember my shock when I arrived to school for the first time, feeling as though something significant was missing. A promise broken. This feeling of something missing has remained all too familiar. When I visited my parent’s childhood home for the first time, I realized stories of kings and queens were just that, folklore. I create landscape paintings of places that do not exist. These works reflect a longing for a home, as intangible as it may be. I work with gouache on paper for its ephemeral quality and reference to the miniature painting process that is native to Pakistan. Click here to learn more about Marium. 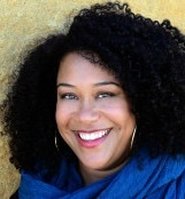 Lisa Marie Rollins (Writer)
I am a writer and theater professional. My work as a writer and theater artist is central to how I move through the world as a woman of color and a creative leader. The Joshua Tree Highlands Artist Residency is one that is coming at a time that hits on multiple levels. I am an adjunct professor, and I have specifically backed away from taking any full time teaching so I can focus on my play "TOKEN" and other new play ideas. I’m specifically interested in JTHAR because of the interdisciplinary nature of the artists you attract. I’m feeling the weight of confusion, fear, and urgency to create and complete artistic work under our current administration. I’m wondering what that urgency and weight means for our collective artistic voices. I’m interested in the silence and the time I would have as a resident for the 7 weeks, but I’m also interested in meeting the other artists, learning from each others processes. I’m interested in what a group of artists can contribute to the world over the residency time. Click here to learn more about Lisa Marie. 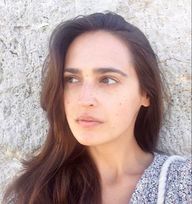 She published a short story collection, “Death is Not an Option,” in 2010 with W.W. Norton. “Death is Not an Option” received the Rome Prize in Literature from the American Academy of Arts in Letters and a Creative Arts fellowship from the Radcliffe Institute for Advanced Study. It also was a finalist for national and international awards.
​
She is the recipient of fellowships from the NEA, MacDowell Colony, the American Antiquarian Society, the Djerassi Resident Artists Program, and the Bread Loaf Writers Conference. 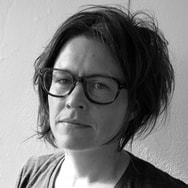 Jaimie Healy (Sculptor)
​This month's JTHAR Extension resident Jaimie Healy creates work that moves across disciplines from painting and sculpture to performance, and also draws upon the written word in poetry, philosophy, and psychology.
​
At first, her work may seem like a barely legible arrangement of objects and then they slowly begin to reveal itself as carefully considered poetry. Jaimie's work evokes feelings and suggest ideas through their formal and material qualities as well as their shifting relationship to one another and the space. This poetry will only be enhanced by the Mojave Desert. 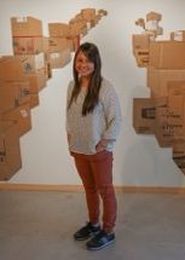 MaryRose Cobarrubias Mendoza (Sculptor)​
Known for her strong contemporary voice, Maryrose's blends her Filipino heritage with her unmistaken political, yet personal, commentary. She has made an incredible mark in Southern California and New York. After attending The Otis Art Institute of Parsons School of Design and receiving her MFA from the Claremont Graduate University, Maryrose is now an Associate Professor at Pasadena City College.
​
She has received awards from The Department of Cultural Affairs, C.O.L.A. and Los Angeles Artist Fellowship, Los Angeles (2012), PlugIn Gallery, Canada (1997), Art Matters, NY (1995), and The National Foundation for the Advancement in the Arts (1984). Her solo exhibitions include: Commonwealth & Council, S1f Gallery, Los Angeles; Solway Jones Gallery, Los Angeles; Haus Gallery, Pasadena; YYZ Artist’s Outlet, Toronto. Also, Mendoza has been an Artist in Residence at Yaddo Artist Residency, NY, and an intern at the Socrates Sculpture Foundation, NY.